The FUE hair transplant is considered to be extremely effective, and one of the best options for men and women, suffering from lost or thinning hair. The procedure is quite meticulous, as it is generally done by taking individual hair follicles from he scalp, in an area where the hair is growing thicker, and fuller, as it normally would. For most patients, especially men who are experiencing traditional male pattern baldness – the hair is generally taken from the back or the side areas of the head – as this is where their hair is still growing fairly strong and thick.

FUE Versus FUT
The follicular unit extraction method came about as a means to replace the traditional, FUT technique or follicular unit transplantation. This procedure was done by taking an entire piece of skin or scalp along with the follicles and transplanting the skin on the target area.

For most patients, the FUE method has become the industry standard, as it allowed patients to avoid the scarring that is traditionally associated with the FUT method. In addition, by transplanting individual follicles, the FUE method ensures patients are able to achieve a far more natural, un-enhanced look. One of the biggest issues with the FUT method was that patients would often get results that were a bit obvious, and gave the appearance of “hair plugs”. The fact is that all too often with the FUT method, the surrounding skin, scalp and hair sections, didn’t always match that of the treatment area. Making it quite clear that you had had a hair transplant done.

How is NeoGraft Different?
While the FUE method is certainly effective, and has given patients great results – the NeoGraft is considered to be an advancement on traditional FUE hair transplants – often referred to as a semi-automated version of traditional FUE.

Using the specialized NeoGraft device, it removes the chance of human error, and also makes the procedure a lot faster, more effective, and far more efficient. While in traditional FUE, the surgeon must remove the follicles, manually, one by one, and later implant them by making a series of incisions in the treatment area, the NeoGraft is much simpler. The hair follicles are removed by a specialized wand, that uses suction to remove many follicles at a time. then, rather than having to make individual incisions to implant the follicles, the NeoGraft device can implant them all at the same time. This is often why patients say its not only more precise, and more effective, but its also far faster, and far less painful!

Less Follicle Damage
One of the biggest benefits of using the NeoGraft technique, is the fact that is prevents as much damage to the hair follicles, and the follicles that are implanted have a much higher survival rate than those implanted with either the traditional FUE or FUT method.

Less Downtime & Complications
again, because the NeoGraft is essentially a minimally-invasive procedure, it ensures patients not only feel less pain throughout, but they also experience far less downtime, less side effects, faster, more prominent results, and there is no need for stitches or staples, which means no chance of nerve damage, and post-op scarring!

For more information on the NeoGraft procedure, and to find out if its right for you, be sure to contact Luxury Hair Suites today. 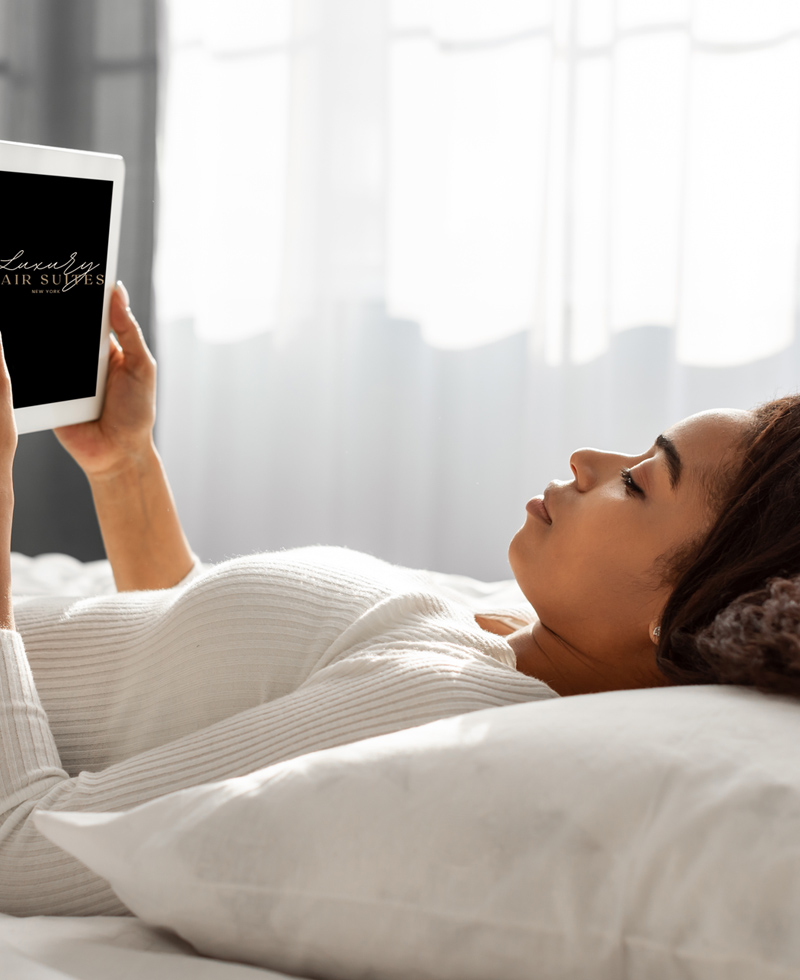 When it comes to hair restoration, the FUE method (follicular unit extraction) and more specifically the NeoGraft treatment, has been one of the safest and most effective treatments available to date!

With countless happy patients, both men and women, Dr. V and his team have been able to help patients dealing with a wide variety of hair loss issues!

From common male or female pattern baldness, to hair loss related hormonal changes, medications, and more, the NeoGraft treatment has been able to help patients with lost or thinning hair, receding hairlines, and crown issues to reinvigorate their follicles, and achieve a thicker head of hair - faster and more efficiently than any other method around.

As a patient of Dr. V I have to say he is a great doctor! I am 10 months post-op from my Neograft hair treatment and I am so happy with my results! My hair is coming in so nicely, the transplant was a complete success – I couldn’t imagine it going any better! And Dr. V is very caring and meticulous with his patients. He put me at ease throughout the whole process, kept me informed on everything, and made sure I understood everything in detail before he did it. Can’t say enough good things about Dr. V!